This month, November 2021, will mark the 79th year since the aircraft carrying Eugene and 7 other RAF airmen died on a bombing mission. 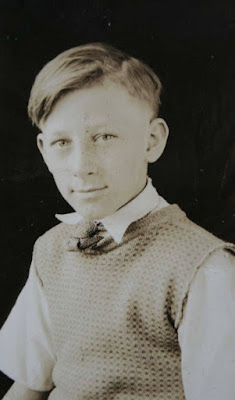 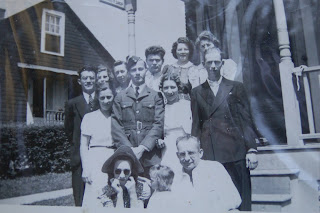 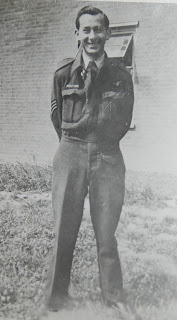 Eugene Edmond Chouiniere was only 19 years old when he died along with 7 other airmen in an Avro Lancaster, R5695EM-C, on a Royal Air Force (RAF) bombing mission over Germany during WW2. The crew was comprised of 3 Brits, 2 Canadians and 3 Americans. Official letters to the families of the crew from the RAF stated their aircraft was “lost without a trace”. Now historians think they know where the aircraft, Lancaster R5695EM-C, rests 80 years after it went down.

Eugene was from a large Franco-American family from the Iberville, Quebec area. From 1870 through the 1890s, Eugene’s grandfather moved back and forth from Cohoes, New York to North Adams, Massachusetts and Iberville, Quebec. Eugene’s parents, Alfred Chouiniere and Rose Bonneau, married in St. Joseph’s Church, Cohoes, New York on February 17th, 1895. They settled in rural Waterford where Eugene was born on April 11th, 1923. He was the youngest of the 14 children who lived beyond infancy. When Eugene's father died he was only 5 years old. When his mother died, he was 15 and his older siblings took responsibility for his welfare during his adolescence. In the 1940 US census, he is living with his oldest sister, her husband and two daughters, Elizabeth and Lea, at 8 Lansing Lane in Cohoes. Lea, his niece, was 6 months younger than Eugene and she never lost her memories of her uncle who was also her childhood playmate. They hunted, fished and roamed the farms, fields and woods outside Cohoes and Waterford. Lea recalled that Eugene went to an US service recruiter in 1941 to join. The recruiter told Eugene to finish high school and reapply. That wasn’t good enough for Eugene. According to Lea, he soon got the idea to join Canadian forces and “jumped on the train to Montreal” a few days after his 18th birthday. He enlisted in the Royal Canadian Air Force (RCAF). The RCAF interviewer noted he was “rather young, immature and lacking in experience”. He was also “sincere, willing and determined to fly and fight” and “should improve with training”.

Soon Eugene was training at the Mountain View British Commonwealth Air Training Station in Ontario, now known as Canadian Forces Detachment Mountain View. His training included wireless operator and air gunner. After his training and before he was sent to England, he visited the families of his brothers and sisters in Waterford and Cohoes. Eugene, handsome in his RCAF uniform, was showered with his family’s attention; many photographs of Eugene and his family together were taken in the front yard. It would be the last time the Chouiniere family saw their little brother. In England, there was more training and he soon started flying missions in RAF squadron 207 based at the Langar Airfield outside Nottingham, England. On the night of November 25, 1942 five Avro Lancasters, each with a crew of 7 or 8, took off for five separate locations over Germany. Three safely returned, one crashed returning to the airfield in England. The aircraft with Eugene Chouiniere (USA), Alfred Joseph Parkyn the pilot (USA), William John Vandervoort (Canada), James McGregor Allan (Canada), Jack Slater (England), Windsor Webb (England), James Guichard (USA), John James Gallimore (England) was lost without a trace. All eight crew members are memorialized at the Air Force Memorial at Runnymede.

In 2020, a group of local, independent historians believed they solved the mystery of R5695EM-C. Records from a German fighter pilot, Ernst Heesen, who conducted an air attack on the same night, likely misidentified the Lancaster aircraft he shot down over the North Sea for an B-24 Liberator. They believe the misidentification misled earlier researchers who continued to mark the aircraft and crew as “lost without a trace”.

November 25th, 2022 will mark the 80th anniversary of the night the 8 crewmembers lost their lives and a memorial service is being planned for next year. The location for the service has not yet been determined. It is believed Eugene Chouiniere and his crewmates left no children. Only one member, John Gallimore, left a bride of eleven months in England. She never remarried. A search is underway to find living nieces and nephews of the crew and their children. If you are related to the Chouiniere Family of Waterford and Cohoes or know someone who is connected, please contact Mary Beth Mylott at FrancoAmericanGravy@gmail.com. She has more information about Eugene Chouiniere and the plans for a ceremony in 2022. 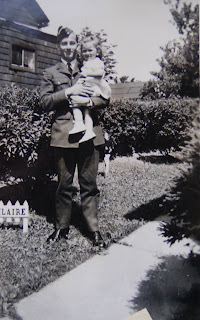 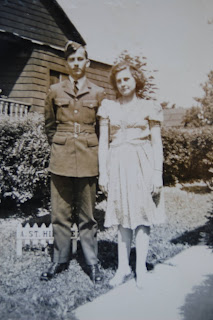 Posted by francoamericanGravy at 6:01 PM